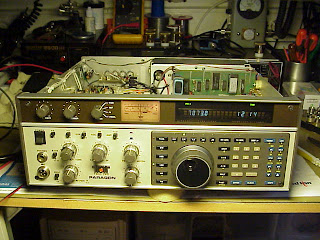 I own a number of radio rigs from lots of different manufacturers (Yaesu, Kenwood, Icom, JRC, Drake, Collins, ...) but, until yesterday, I had no Ten-Tec in my collection. So my new Paragon is for me, besides a new toy, my very first Ten-Tec. I have fixed several Ten-Tecs over the years but I had none of my own.

This unit arrived in pretty good shape, with only some light dirt on it. I bought it as unworking in AM mode and generating extrange sounds at low frequencies. Obviously, I suspected of PLL problems as they are well documented all over the WEB... Well, I have not found yet any obvious problem with the rig in both aspects!. So I guess there could be an intermittent fault waiting to develop again.

Unit arrived with original User Manual (nice one, more like a Service Manual) and a non-original hand mike (which seems to be wired wrongly). It has an optional FM module, but no RS-232 module and no extra filters. Here you have some internal pics: 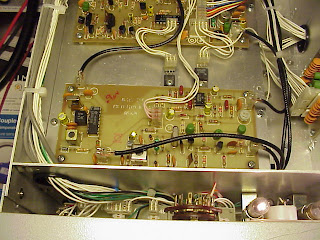 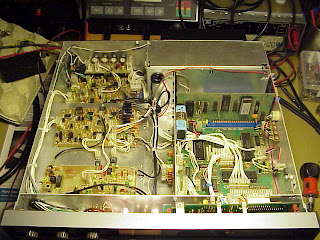 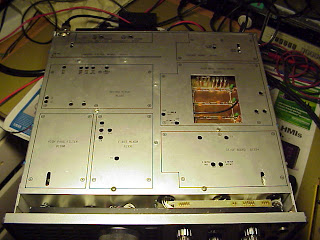 Only sign of previous repair I have located so far (I have not yet opened lower inner cover) is around the backup battery charging (I guess) circuit. BTW, battery holds a charge but memory and RTC are reset when power is out. So something is wrong here: 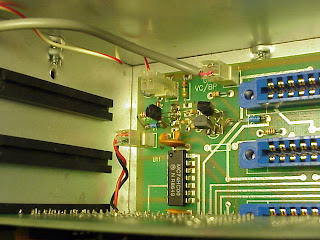 Despite the inclusion of the original Giehl EPROM manual in the back of the User Manual, this unit has an standard Ten-Tec EPROM on it, version 3.9: 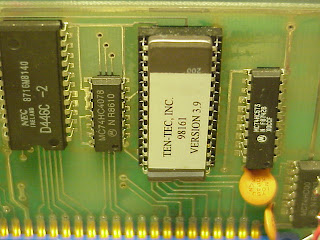 I wonder if someone would sell me a Giehl EPROM...

I need to check the unit in detail but, so far, it seems to work pretty nicely.

I have just opened the inner bottom cover to check. There are good news!. Unit seems completely untouched. GREAT!!!

Here you have some pictures: 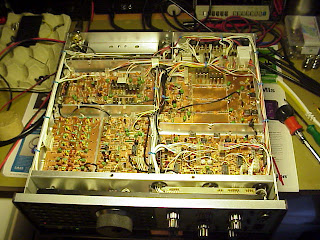 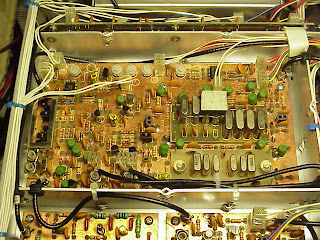 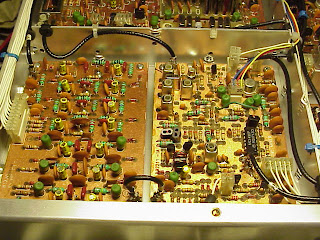 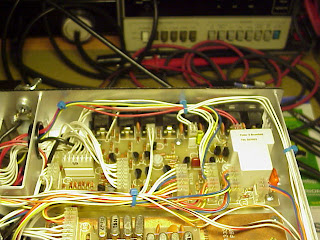 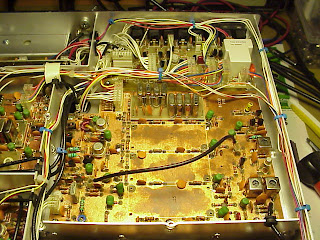 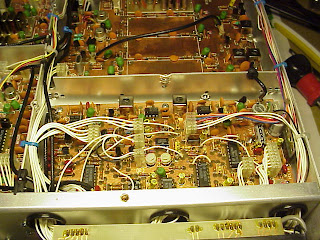 And now some more detailed pictures: this is from the PLL area. I have found that wiggling these connectors warbles the signal but this could be due to stray induced capacitances: 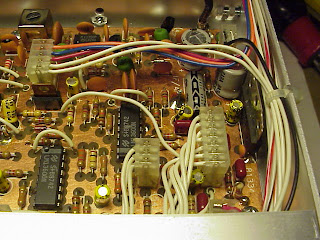 And this is the antenna discharge protection: 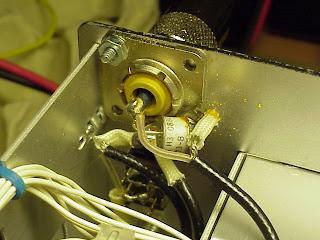 I will add more info as my work progresses.

Well, I know this BLOG is not related to aviation but, taking into account that it seems most of the problems faced by the crew aboard the doomed AF-447 were electronic related, and this BLOG is about repairs, I am very interested in knowing what failed so badly to leave the tripulation completely in electronic darkness in that terrible night over the Atlantic.

It is clear for me that today commercial aviation needs electronics and that it would be impossible to fly without them. Fly By Wire is, IMHO, a big advantage over conventional controls, as it could be supervised by powerful computers aboard the plane. What we need is to know what failed in order to prevent it to fail again. And, at least, adding some extra info to the ACARS messages, as GPS location info, could help a lot finding the remains of the aircraft. Since I first read about the crash I wondered how, in this ultra-connected World, an airliner could be so, let's call it, off-line.

I am sure it will be possible to send real-time telemetry and audio data from the planes to a satellite based system, so the equivalent to the black boxes could be out of the plane and immediately available after a crash. And, even better, you could have an expert system analyzing all info so perhaps it could prevent, with some more anticipation, a large failure as the one which presumably generated the fatal end of Air France 447 flight.

Of course, this would cost money. Yes, I know. But how much would it cost to insurers, Airbus and Air France this accident?. How can you value a human life?. Not counting the huge effort to locate the remains and black boxes, which would be easier if there was more information available right now.

228 souls have died in an horrible accident, caused by technical failures (of course, triggered by powerful Nature forces). All what can be done to prevent other similar accidents should be done. We need to improve data communication with aircraft. It is a no brainer to have backup copies far from the computers which generate the data. So the same should be applied to aircraft data. We have the ways to do it and it is only a matter of work and money, both of them available to human beings.

Titanic was also unsinkable and now it rests in the deep sea. We know now that the Airbus 300 is not perfect and can be broken down. So we need to improve them (as all other airliners), as we did with big ships. And, for this, information is crucial.